Thank you for your patience while we retrieve your images.

Visitors 126
Modified 24-Apr-10
Created 9-Jan-10
27 photos
Entered into eternal rest on Wednesday, October 14th, 2009. A resident of Arlington, VA for 30 years, Cliff was born in Champlain, NY. Graduated from Hobart College in Geneva, New York, with a Bachelor’s Degree in Business and History. He served in the Air Force as a Procurement Officer of Research and Development and Major Weapons System. While on active duty, he attended the Harvard Business School, and became involved in legislative affairs at the office of the Air Force Systems Command, as well as with the Investigations Office of the Secretary of the Air Force. Upon his retirement from the Air Force, he joined the Boeing Company, and later worked for General Electric’s Aircraft Engine Company. He was a registered lobbyist with both companies, working with the United States Congress. He and his wife, Cecilia, were Co-Chairing the non-profit Foundation “Children Come First”. 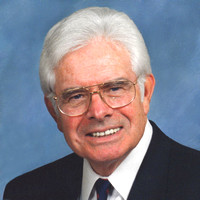 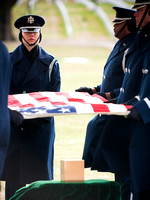 Categories & Keywords
Category:
Subcategory:
Subcategory Detail:
Keywords:
Guestbook for Cliff
Robert E. Lambert, Colonel USAF (Ret)(non-registered)
We were classmates in OCS and I remember Cliff very well. Then at OCS reunions Cliff, Cecilia and I had great conversations. I remember being in New Orleans with them and being so proud of their non profit foundation. Old comrades will miss Cliff. He loved the United States. Cecilia my prayers are with you on this day and in the future. Bob Lambert
The guestbook is empty.
Loading...
© Fernando Revilla
Powered by ZENFOLIO User Agreement
Cancel
Continue